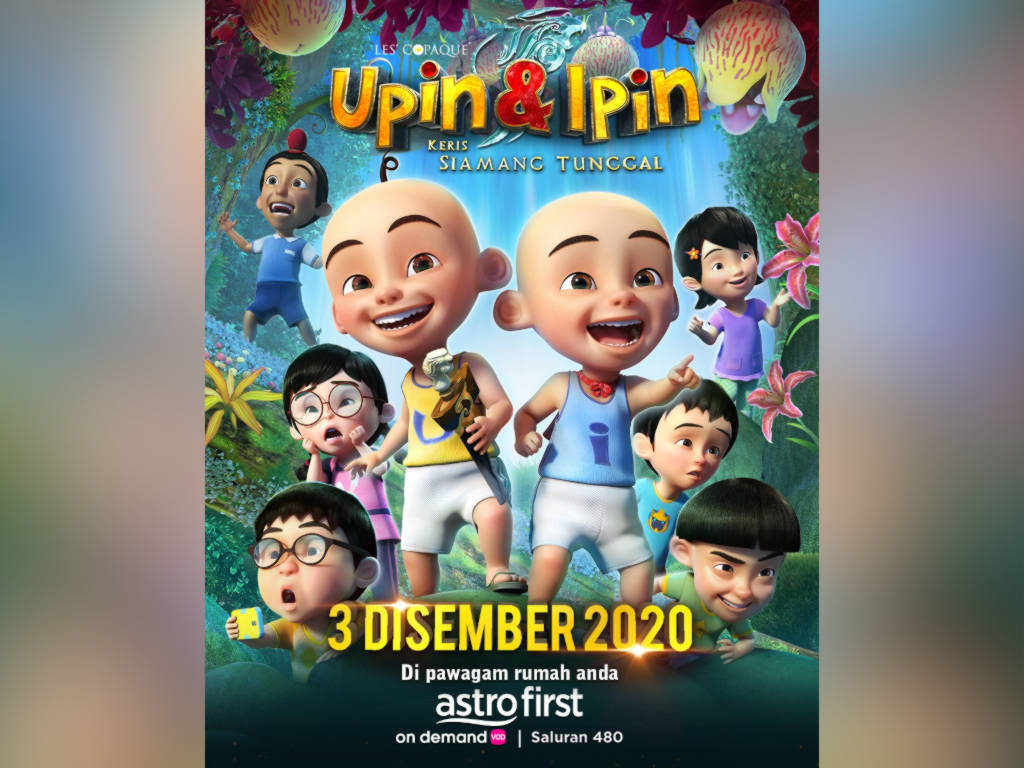 The wait is almost over for fans of the popular animated series “Upin &
Ipin” who are looking forward to rewatching the movie “Upin & Ipin: Keris
Siamang Tunggal”, as Les’ Copaque Production has announced that it will be
airing on Astro First soon.

In conjunction with the production studio’s 15th anniversary this 3
December, the movie will be released on the on-demand channel on the same day.

In fact, Les’ Copaque has started a countdown to the release by sharing
drawings inspired by the movie, which are produced by local artists.

Aside from that, it was also the only Malaysian film to have been awarded at
the Palm Springs International Animation Festival (PSIAF) in the Best Animated
Feature Film category.

Not forgetting the historic moment when “Upin & Ipin: Keris Siamang
Tunggal” became the first Malaysian movie to be shortlisted at the 92nd
Academy Awards.