Get ready for an exciting race to be the next Pirate King at the first ever One Piece Run in Thailand!

Dress up as the beloved Straw Hat Pirates and join the rest of the One Piece characters in this one of-a-kind fun run, set to take place on 17 December 2017 at Wannava Water Park Hua Hin.

Thailand is the third Asian country to host the anime-themed fun run after Taiwan and Singapore’s edition in 2015 and 2016 respectively.

Get your hands on of “One Piece” special edition t-shirts, wristband, wrist strap, drawstring bag, and finisher medal with a single person registration fee at THB1,200. 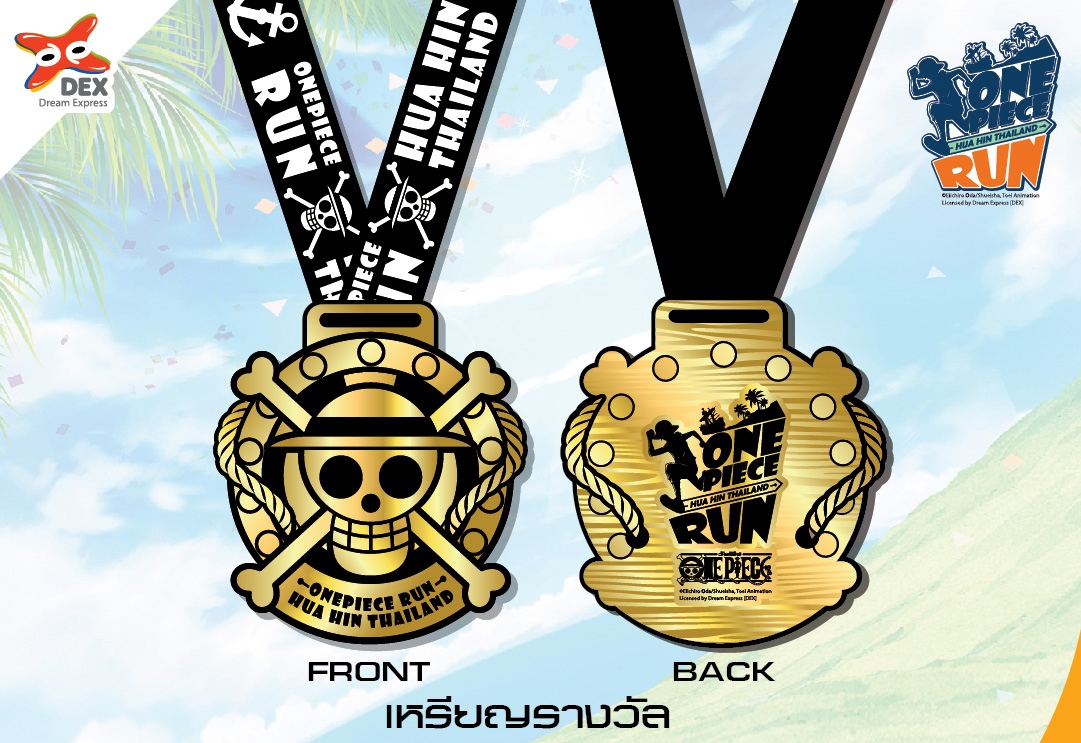 Meanwhile, if you pay an extra THB1,000 and you will be given entry to the water park as well.

For a group participation of nine people (because there’s nine people in Luffy’s gang), the registration fee costs THB9,900, and if you and your friends wish to enter the water park as well, the price will be at THB18,900.

Apart from receiving the special edition t-shirts, wristband, wrist strap, drawstring bag and finisher medal, the group registration will also be given special “One Piece” character t-shirts for each member of the Straw Hat Pirates!.

Debuted in 1997, “One Piece” is one of Japan’s most popular manga that has been continually serialised in Japan’s best-selling manga magazine, “Weekly Shounen Jump”.

The manga has set a Guinness World Record for “the most copies published for the same comic book series by a single author”, and it has sold over 416 million copies worldwide, making it the best-selling manga series in history.

The story follows Luffy and his friends as they embark on an exciting voyage full of danger in search of the ultimate treasure, One Piece.

Register for the run now at thaiticketmajor.com.