Women from Afghanistan will be the first in the world to wear specially made football jerseys by Danish sportswear brand Hummel, which include built-in hijabs and leggings that enable the conservative ladies to play the sport while completely covered.

“Football was not easy for us to play, especially in a male-dominated country,” said Khalida Popal, Afghanistan team’s former captain to Associated Press.

“It was not acceptable for women to play. Football is a man’s game.”

“This jersey is the Afghani team uniform, and I am proud to be a role model for thousands of young girls and women back home in Afghanistan. It is very special to me. It is our identity,” she continued.
Hummel also makes the national team uniforms for Denmark and Lithuania.

“Our core value is to change the world through sports,” Hummel owner Christian Stadil told the AP.

“So we thought of this solution, the sports hijab that is part of the whole package we made for the Afghan Football Federation.”

“We wanted to make one that is cool and fashionable,” Stadil said, and added that he plans to provide similar outfits to other Middle Eastern countries with a Muslim majority.

The sports hijab was launched on International Women’s Day to showcase the empowerment of women.

Previously, Muslim women in sports would just tuck in or pin up their inner neck scarf, or normal scarf, to their sportswear and also wear long-sleeved innerwear and leggings while playing sports. 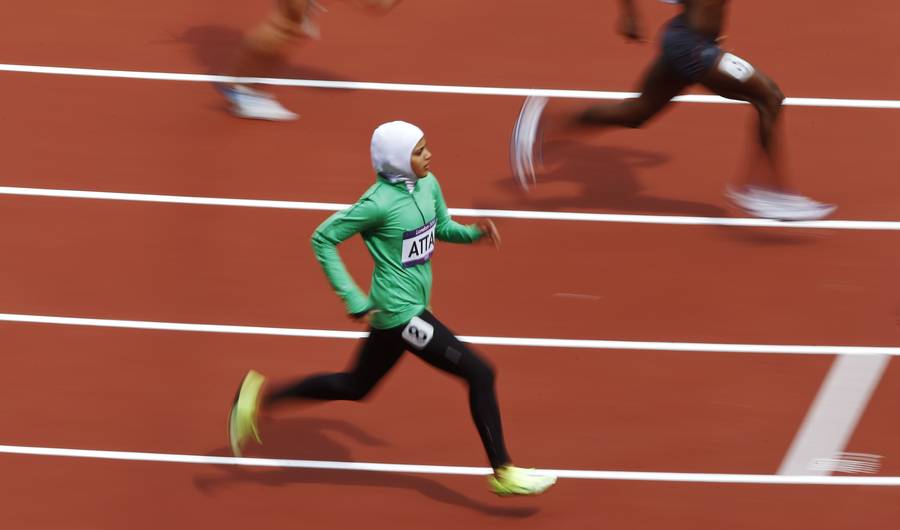