Bea Alonzo on Gerald Anderson: We can never be friends!

Wang Leehom returns to the stage after a year 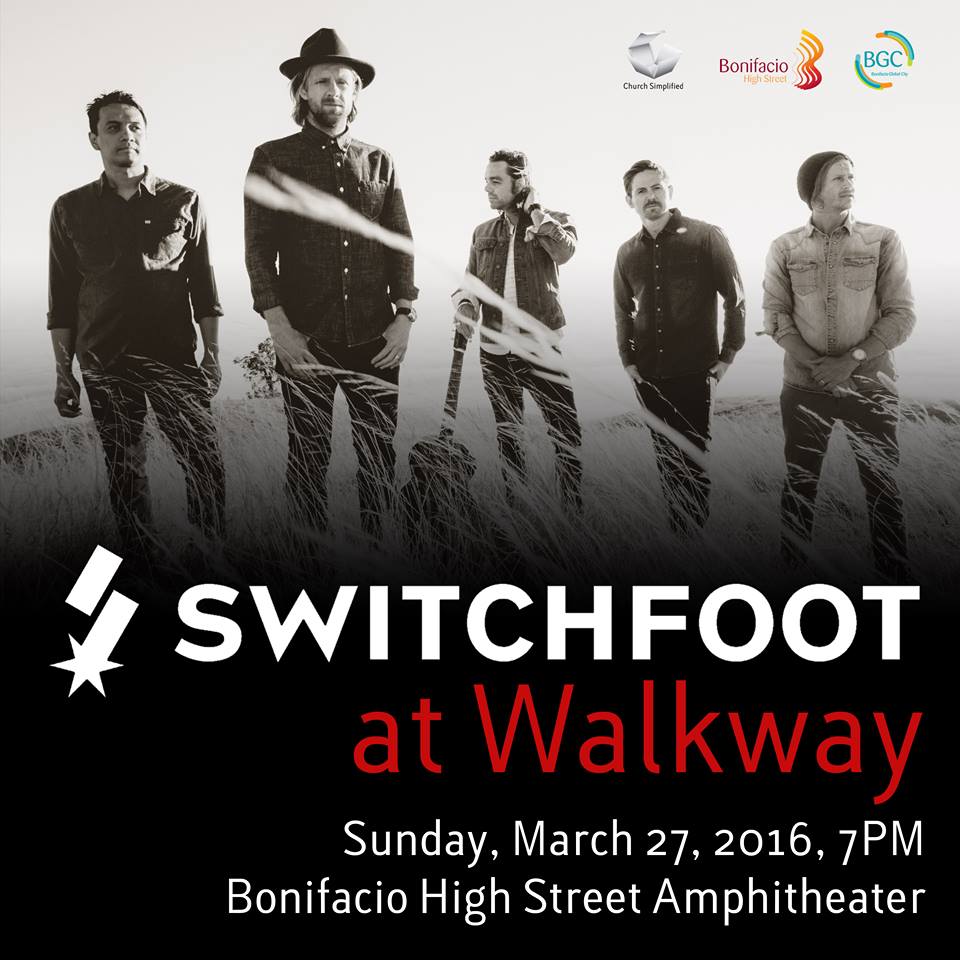 American rock band Switchfoot will be coming to Manila this
March!
They will be performing as part of the Walkway show produced
by Church Simplified at the Bonifacio High Street Amphitheater on Easter Sunday
which falls on March 27.

CNN Philippines
confirmed the news by Bebo Bharwani, the director of Church Simplified.
Bharwani mentioned, “This time they’ll be promoting “Fading
West”, but who knows we might hear unreleased stuff since they are in the
process of completing their 10th album.”
This will be the band’s third visit to the country after a
2007 benefit concert at the Cuneta Astrodome and their 2011 “The Hello
Hurricane Tour” at PhilSports Arena.
The concert is part of the Walkway Station of the Cross
interactive art exhibit which runs from Palm Sunday (March 20) until Easter Sunday
(March 27) at Bonifacio Global City in Taguig.

It will be a free concert, but those who want to get up
close with the band will need tickets. The organizers have yet to announce how
fans can get tickets to the show.
Bharwani adds that the tickets usually come free when they
purchase the souvenir shirt for the exhibit.
The Grammy award winning band are known for their hit
singles such as “Dare You To Move”, “Stars”, “Mess of
Me” and “Love Alone Is Worth the Fight.”
Their tenth studio album is also due for release sometime
this year and they might include some of their new tracks at the concert so
don’t miss their free show next month in Manila.