Stephen Chow too busy with “The Mermaid 2” for his birthday

Yam Concepcion has been engaged for more than two years

Charlie Dizon and Paulo Avelino to reunite in new project 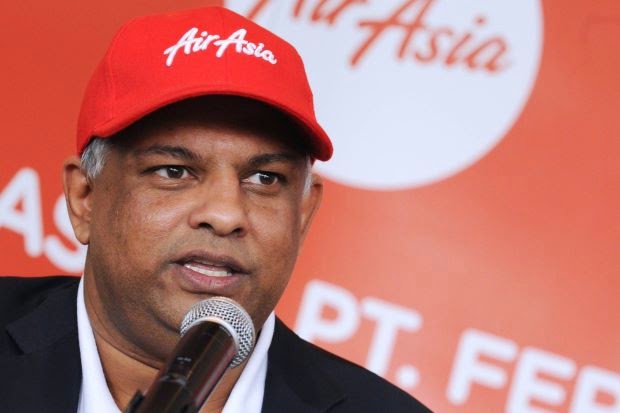 The flight from Surabaya which was bound for Singapore yesterday on Sunday, 28 December 2014 was declared missing with 155 passengers on board when it lost contact with ground control.

Tweeted Tony, “I am touched by the massive show of support especially from my fellow airlines. This is my worst nightmare. But there is no stopping.”

His following Tweets via his Twitter handle, @tonyfernandes read:

“I, as your group CEO, will be there through these hard times. We will go through this terrible ordeal together.”

“Our priority is looking after all the next-of-kin for my staff and passengers.  We will do whatever we can.”

According to his Twitter feed, the 50-year-old had left for Surabaya yesterday so that he can oversee the investigation of the missing flight.

The latest statement from AirAsia mentions that the passengers on QZ8501 includes 137 adults, 17 children and 1 infant. The crew on board were 2 pilots and 4 cabin crew members with 1 engineer.

The missing flight had lost contact with Surabaya airport 42 minutes after it departed around 5.35am.

The place is believed to be flying over the Java Sea between Kalimantan and Belitung Island when it lost contact.